The picture below is of a cougar treated by exotic animal veterinarian Jenny Conrad. She reports that “Pirate had a seizure of unknown origin and fell off his perch. He’s not usually this approachable but he seemed to like his LLLT treatment and let us work on him for about an hour. He purred the whole time. He seems to be feeling better this afternoon”.

Click to see more treatment pictures of the cougar and some tigers, a bear and me with a baby wolf :-) 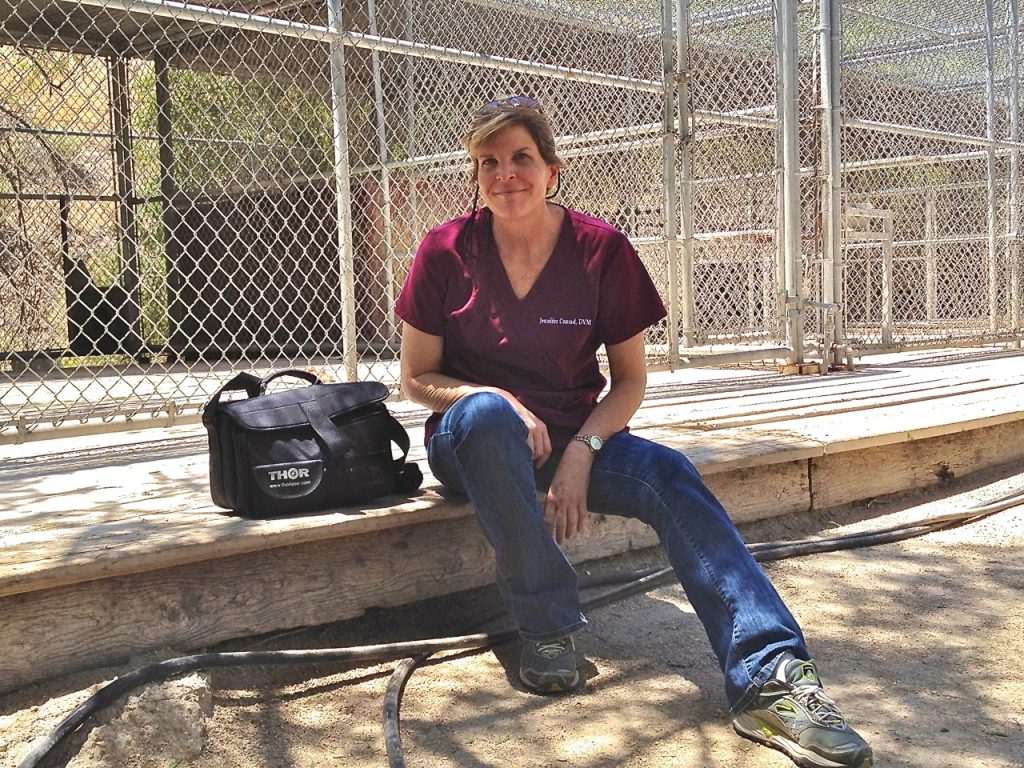 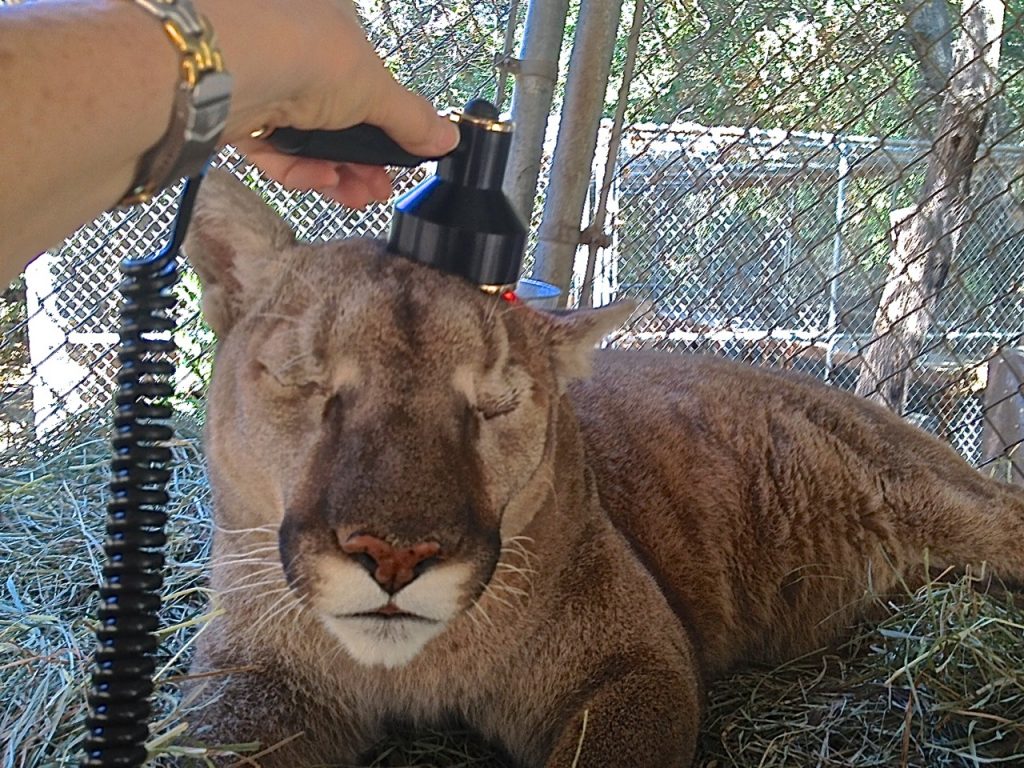 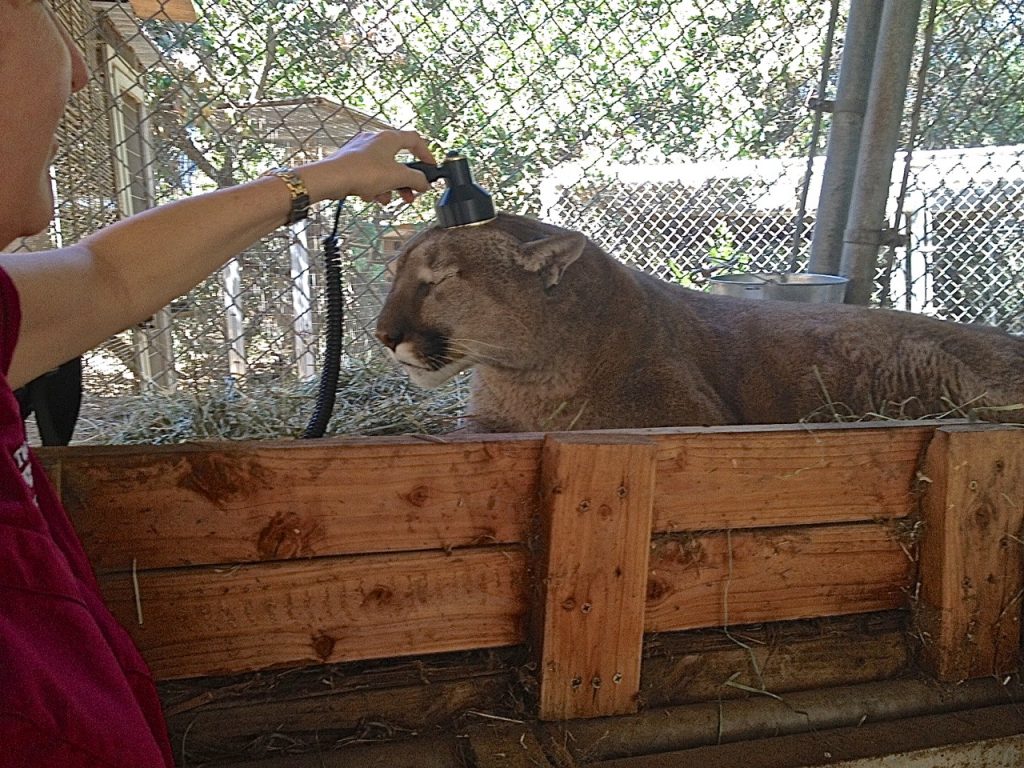 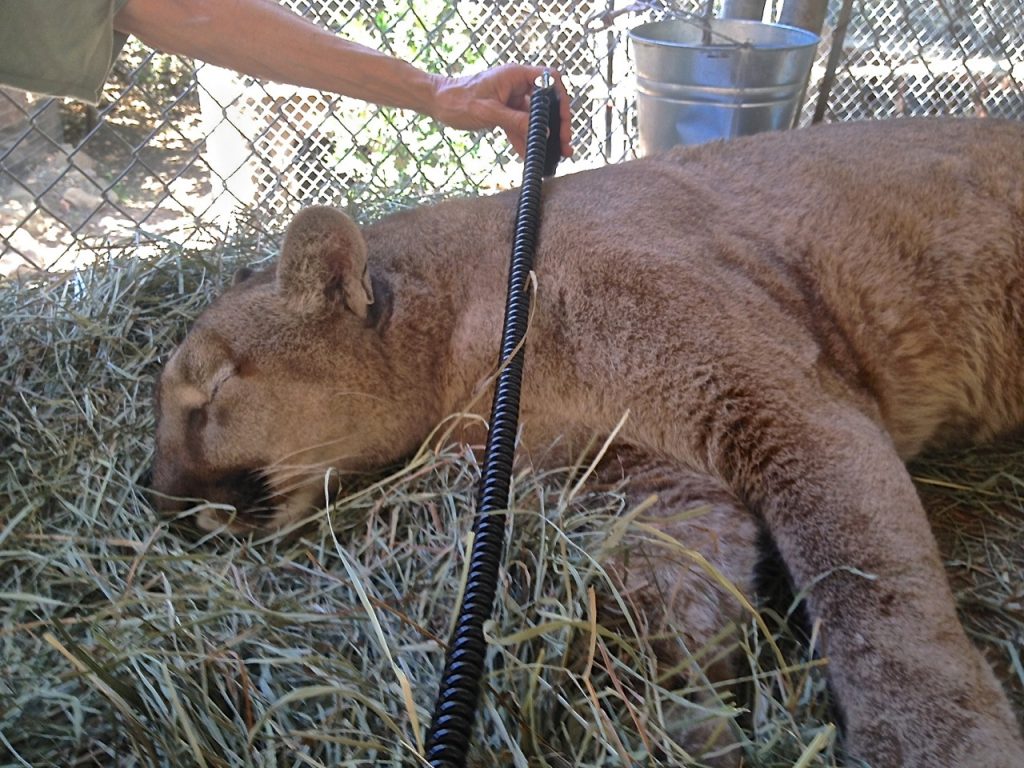 Isaac Kaplan was not an LLLT guru but the first surgical laser pioneer. As you will see below he was a tremendous figure, well known and much loved. I will leave it to Glen to tell his story but will add one anecdote of my own which Isaac told me:

Many decades ago Isaac was the guest of honour at a dinner in China where upon he alone was served a grand imperial treat called Emperors Soup. The hosts and other guests gathered around to watch in awe as he enjoyed this great delicacy. As Isaac gazed into his soup he saw something moving. Nervously, he picked up his spoon and, bringing the offending creature to the surface, wondered if he should call the waiter to complain. But, as he looked around, he saw the faces of his audience full of delight and encouragement, fervently hoping he would enjoy the wriggling delicacies. He dutifully ate them, attempting to show his enjoyment. Later, he eventually summoned up the courage to ask what he had consumed. It turned … Continue reading →

Lasers at the olympics

Who else do you know here with a THOR ?

Posted on 2 July 2012 by James Carroll
Posted in Special Feature, Video of the Week | Leave a comment

As you probably know, LLLT / Low Level laser Therapy can be used on horses, dogs and cats. What about big cats and grizzly bears?

The Treatment Protocol Library is available only to THOR Customers and/or people who have attended a THOR training course in the last 3 years. All treatments are based on our four step method which includes treatment of the injury, trigger points, lymphatics and nerve roots.

Take a look to see how it works and let us know what you think.

Posted in Special Feature, Video of the Week | 3 Comments