MONONGALIA COUNTY, W.Va (WDTV) – Cancer patients deal with many side effects when they go through treatment. The WVU Cancer Institute Department of Radiation Oncology found a way to prevent a side effect, known as mucositis, that is seen in head and neck cancer patients. 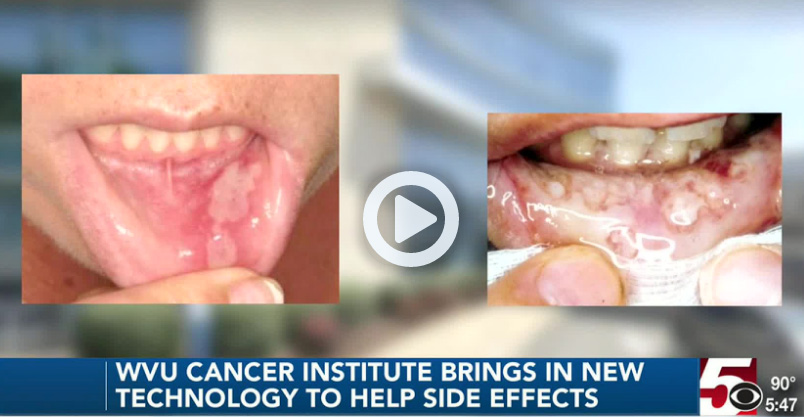 “It is an inflammation type of condition from head and neck radiation,” THOR Photomedicine dental and oral mucositis specialist, Sara Jane Snyder said. “They get painful sores throughout their entire oral cavity, down their esophagus and all they down through their digestive track,” she said.

“Anybody who’s getting a high dose of chemoradiation treatment, it’s almost 100 percent guarantee that their going to get a high level of oral mucositis.”
Having mucositis can make everyday tasks difficult, like eating or brushing your teeth. This is why using what is called photobiomodulation helps treat this side effect.

“What we … Continue reading →

Posted in Industry, LLLT, Special Feature, THE FUTURE OF LLLT | Leave a comment 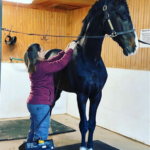 Owner Linda Bailey of Total You Health, winner of the Roanoke Regional Chamber of Commerce’s 2019 Small Business Award, did not let the pandemic stop her from delivering health to the community. In response to social distancing measures, Bailey made the decision to close her doors to human clients and take her healing equipment to the horse barn.

Total You Health has treated four horses for pain and inflammation by using their portable Photobiomodulation therapy unit with much success. Photobiomodulation, also known as “red light” therapy, is traditionally used on people in chronic pain, but this is also seen to relieve symptoms for depression, anxiety and other conditions.

Read the full article on theroanoker.com

Article and video on wsls.com

THOR Photomedicine work with leading universities and hospitals around the world, providing up to date research data and cutting edge knowledge on training courses. This 2 minute video gives you a small taste/overview of what you can expect attending our one day Photobiomodulation workshop course.

Register today for our comprehensive training and equip yourself with the tools to relieve pain.

Posted in Industry, James in Action, LLLT, Research, THE FUTURE OF LLLT, Training, Video of the Week | Leave a comment

THOR Photomedicine provide the best Photobiomodulation (PBM) / low level laser therapy (LLLT) training in the world. This 2 minute video gives you a small taste/overview of what you can expect attending our one day Photobiomodulation workshop course.

Posted in Industry, James in Action, LLLT, Research, THE FUTURE OF LLLT, Training, Video of the Week | 2 Comments

LLLT Q&A : “how it is possible to have higher power density than the applicator’s total power”

Posted on 9 November 2013 by James Carroll

The THOR 810nm 1W laser cluster (5 × 200mW) has a 1/e2 power density of 5.96W/cm2. Just wondering how it is possible to have higher power density than the applicator’s total power

The formula is power/beam area

The next decade of LLLT – the barriers to mainstream adoption

Because LLLT modulates cellular oxidation and energy production it could potentially affect  a wide range of diseases, injuries or other dysfunctions in the body.

By the end of the next decade, it is possible  LLLT may be used in almost every department of every hospital (and every medicine cabinet of every home).

Given the amount of good quality research published over the last decade, why isn’t it part of mainstream medicine already?

Posted in LLLT, Special Feature, THE FUTURE OF LLLT | Leave a comment