Founder and CEO at THOR Photomedicine Ltd. About THOR

Posted on 2 October 2019 by James Carroll 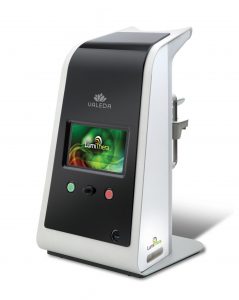 The randomized, multi-center study called LIGHTSITE III enrolled and treated the first patient at Cumberland Valley Retina in Hagerstown, Maryland. The United States study is being conducted in leading retinal centers throughout the United States. The study will enroll approximately 100 patients suffering from dry AMD and treat them over the course of two years. In addition to demonstrating safety, key efficacy endpoints include visual acuity, contrast sensitivity and reduction of drusen deposits.

In February, the company announced that the National Institute of Health and the division of the National Eye Institute was providing a $2.5M grant to partially support the U.S. study.

“This is an … Continue reading →

SEATTLE, June 12, 2019 /PRNewswire/ — LumiThera, Inc. and Product Creation Studio today announced that LumiThera’s Valeda Light Delivery System has been honored with a silver award in the 21st Annual Medical Design Excellence Awards competition. The 2019 winners were announced at the MDEA Ceremony on Tuesday, June 11, 2019 in conjunction with the MD&M East event in New York, New York.

LumiThera, Inc. is a leader in the use of photobiomodulation for the treatment of acute and chronic ocular diseases and disorders. Age-related macular degeneration (AMD) is the leading cause of blindness in adults over 65. Product Creation Studio worked with LumiThera from product concept through transfer to manufacturing to design and engineer a medical device that would accurately, safely, and effectively treat patients suffering from dry AMD. The resulting Valeda Light Delivery System is currently the only approved treatment using Photobiomodulation for dry age-related macular degeneration in the European Union.

LumiThera Inc., a commercial stage medical device company creating a photobiomodulation (PBM) treatment for ocular disorders and disease, today announced it is a recipient of a small business innovative research (SBIR) phase II grant from the National Institute of Health (NIH) and the division of the National Eye Institute (NEI). 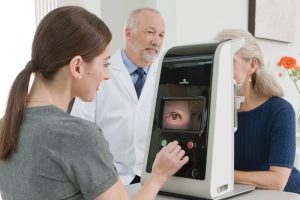 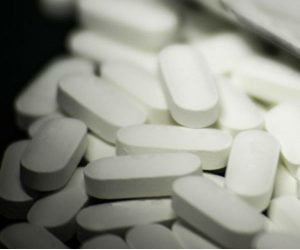 On Oct. 24, President Donald Trump signed the Opioid Crisis Response Act (OCRA) into law. Dozens of bills designed to address the diverse aspects of the opioid crisis were consolidated into one strategic and integrated approach.

HR6, which is now Public Law 115-2716, broke new ground in being the first legislation to mandate aggressive development and adoption of alternative pain treatments that include “innovative medical technologies for pain management.”

On Oct. 11, Congress held its first ever briefing on ending opioid use through “innovative medical technologies for pain management.”

Photobiomodulation (PBM) was the featured technology.

Posted in Industry, THE FUTURE OF LLLT | Leave a comment 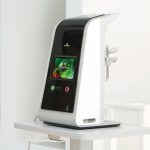 “The Distribution agreement with Optos allows LumiThera to begin commercialization throughout Europe and establishes a collaboration with a partner in the retinal imaging area,” stated Clark Tedford, Ph.D., LumiThera President and CEO. “Optos is a global leader in ultra-widefield retinal imaging technologies and we are honored to be working with them to open up a new age in the treatment of AMD.”

LumiThera, Inc. to Debut Valeda Light Delivery System at the 18th Congress of the EURETINA

Posted on 16 September 2018 by James Carroll

LumiThera® Inc., a commercial-stage medical device company focused on developing photobiomodulation (PBM) therapies for ocular disorders and diseases, announced that it will participate in the combined exhibition of the 18th EURETINA Annual Meeting and the 36th Congress of the European Society of Cataract and Refractive Surgeons (ESCRS), held in Vienna, Austria from the 20th to the 26th of September 2018.

EURETINA actively promotes new diagnostic developments, advances in vitreoretinal surgery, the development and application of new drugs, and changes in the treatment of macular degeneration.

LumiThera will debut the Valeda™ Light Delivery System for the treatment of dry AMD in the exhibition hall and will host a symposium on PBM technology entitled, “Photobiomodulation: An Innovative, Mitochondria-targeted Therapy for Dry AMD and Other Ocular Diseases” on September 20th.

Read the full press release:
LumiThera, Inc. to Debut Valeda Light Delivery System at the 18th Congress of the EURETINA

Disclosure: I am an investor in Lumithera a) because it … Continue reading →