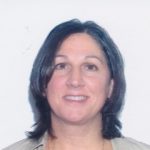 We now own 2 Thor Laser Lx2 Control Units with the 810nm infrared cluster probe and an LED probe. We have been using LLLT since September 2014 and we have had very remarkable results. Here are 2 case studies I would like to share.

• The first case was a woman in her early 60’s that came into my office on crutches in excruciating pain. She was crying out in pain so much that I sent her husband to the Pharmacy to pick up a prescription for Narcotic, which she took in my office while I was treating her with Osteopathic Manipulation.

It was a confirmed Herniated Nucleus Propulsus ( it’s called an intervertebral disc herniation by your treatment protocol). I treated her for 5 consecutive days (with the first IVD Herniation protocol) and on the Monday after these 5 treatments she was able to walk without assistance and was very close to being pain free.

The following week she received 2 more Laser Treatments and at the end of week two, the patient was off all Narcotic, Muscle Relaxants and NSAIDS.
She then saw me 2 x per week for 4 more treatments. Since 2015 she remains off all Pharmaceuticals and is doing well. She has not re-herniated her disc and has responded to follow-up with LLLT intermittently.

I must tell you that in my 16 years of treating pain in the Out- Patient population, I have never seen someone heal a Herniated Disc this quickly! I can get the Herniated Disc to heal with my own conservative treatment protocol and Osteopathic Manipulation, but it will take at least 3-4 months. Truly LLLT is the Future of Medicine as you have so appropriately named it.

• The second case was very unique in that there currently is no protocol from Thor for the treatment that I did. This involved a 59 year old female patient who volunteered to be treated for inflamed Hemorrhoid and a small Rectal Fissure. For 2 ½ weeks this woman was in pain and very uncomfortable. Rectal Suppositories with Steroid and Aloe Vera did not help. She also was on Azithromycin antibiotic with warm compresses to the area. Nothing was stopping the inflammation or healing the tissue.

The patient agreed to try Laser Treatment. LED was tried, but there was no response. I placed the Laser Cluster Probe in a Plastic “baggie” and gave the patient Laser for 1 min directly on the Hemorrhoid and Fissure area for three consecutive days. The tissue was completely healed by Day 4!! The patient was completely pain free and has not needed another treatment!! 3 Minutes total! That is unheard of.

This type of case could have easily went on to a surgical option with more pain and misery for the patient. Completely healed with 3 minutes of Laser treatment.
This has tremendous possibilities for not only a Proctologist office, but also for any woman Post -Partum that has gone through Labor and Delivery who has needed an Episiotomy or has needed to have a Tear repaired or who may just have Hemorrhoids from pushing in Labor.

I realize you are a Physicist and not a Medical Doctor, but I am sure if you shared the above case with your wife she will understand the great potential for Obstetrics and Gynecology and the use of LLLT. Ask any woman who has had a child….they would jump at a non-invasive way to heal the damaged tissue from giving birth.

Thank you again for your patience and determination with trying to bring LLLT to my Medical Colleagues here in the US.

I have been thinking about purchasing an intra-oral laser probe which you have designed for the Dentists, as I do utilize intra-oral treatment of the Cranium with a gloved hand. I can only imagine that the LLLT would enhance my Cranial Osteopathic Manipulation, if I had an Intra-oral probe like the Dentists.

Lastly, I have found that the combination of Osteopathic Manipulation and LLLT to greatly increase the healing capacity of my patients both in speed of recovery and in complete healing of injury.

I can’t thank you enough for your work.
I look forward to hearing from you.