Pubmed to adopt “Photobiomodulation Therapy” as a MeSH term

The US National Library of Medicine (NLM) plans to adopt “Photobiomodulation Therapy” (PBMT) as an official MeSH term in November 2015.

Why this is important?

FOUR REASONS WHY THIS IS IMPORTANT

1. LLLT research is hard to track down because authors were inventing thier own names for this therapy. I found 70 alternative names for LLLT. Some samples below:

2. Even when searching Pubmed for the dominant term “LLLT” 30% of results returned are false positives e.g. hair removal or PDT)

4. Regulation and funding may become easier when there is a legitimate name

HOW THIS CAME ABOUT

Thanks to Praveen Arany and Juanita Anders a consensus meeting was held at the 2014 joint  NAALT & WALT conference near Washington DC 11th September 2014.  The objective was to discuss nomenclature and establish a MeSH term for Pubmed. 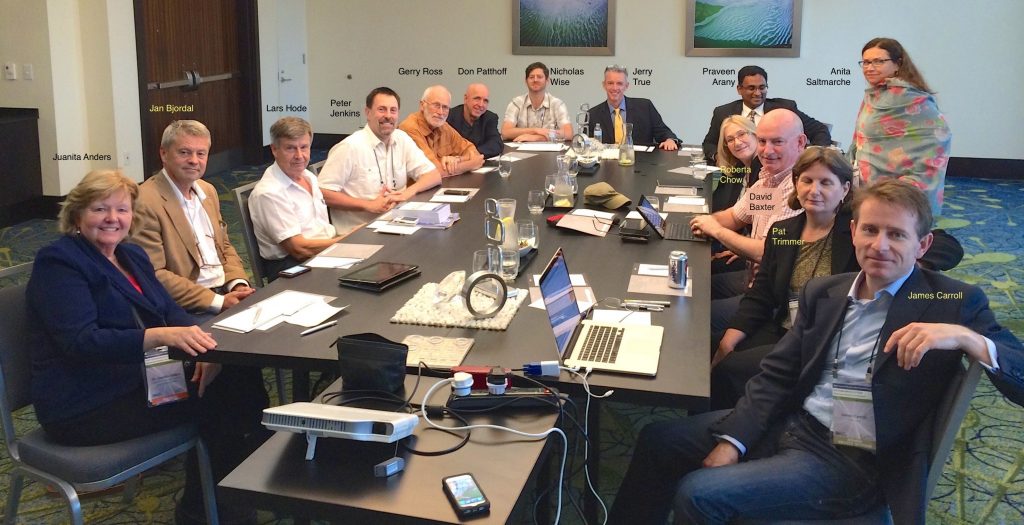 I presented my paper on the diverse nomenclature and false positives, then the debate began.

There were many opinions and I doubt anybody was 100% satisfied with the conclusion but the majority of people will be happy that we have something better than LLLT.

Many people felt that because this therapy does not depend on coherent light that any term with laser in the title would be misleading, others believed that laser offered some special qualities so laser should have it’s own name such as “Laser phototherapy”. There were many more points of view but in the end Photobiomodulation got the majority vote.

THE DEFINITION OF PHOTOBIOMODULATION (PBM)

We agreed the following definition:

HISTORY OF THE TERM PHOTOBIOMODULATION

The name is not new. The first published reference that I can fine goes to the Swedes:

Power density and exposure time of He-Ne laser irradiation are more important than total energy dose in photo-biomodulation of human fibroblasts in vitro.

The absorption spectrum of human fibroblast monolayers showed several absorption peaks, among them one at a wave-length of 630 nm. Cultures of these fibroblasts were subjected to He-Ne laser (632.8 nm) irradiation of various energy doses by varying power density and exposure time. On three consecutive days the cell monolayers were irradiated for periods between 0.5 and 10 min. Laser power varied from 0.55 to 5.98 mW. Both cell number and collagen type I production were determined for each irradiation condition within one experiment. Results show that laser power below 2.91 mW could enhance cell proliferation (as determined by cell counting), whereas higher laser power (5.98 mW) had no effect. Stimulatory effects were most pronounced at irradiation times between 0.5 and 2 min. Collagen type I production (as determined by an ELISA) was affected in the opposite direction to cell proliferation: when the cell proliferation was increased, collagen type I production was decreased. From these experiments it is clear that exposure time and power density determine the effects of laser irradiation. Both stimulation and inhibition of the observed cell properties can be obtained with the same laser on the same cells.

Founder and CEO at THOR Photomedicine Ltd. About THOR
This entry was posted in THE FUTURE OF LLLT. Bookmark the permalink.