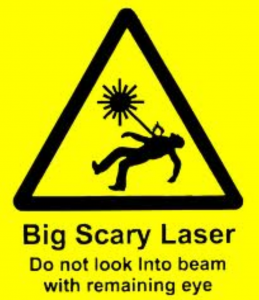 This paper leads people to think that the class IV Hiro laser was more effective because it was higher intensity when in fact the beam distribution meant the average intensity distribution was low (13mW/cm2). The 3B laser was not so effective because it was held stationary such that it would cause an overdose. If the 3B laser treatment had been delivered in using same scanning technique as the class IV then they would likely have achieved the same result. (I am not a fan of scanning because you can never be sure how much energy you have delivered to an area, better to use a low intensity device and hold it still in my view).

This paper misdirects the reader towards favouring class IV lasers rather than 3b or LED by misinforming the reader.

High-intensity versus low-level laser therapy in the treatment of patients with knee osteoarthritis: a randomized controlled trial.

The aim of this randomized controlled study was to compare the effects of low-level laser therapy (LLLT) and high-intensity laser therapy (HILT) on pain relief and functional improvement in patients with knee osteoarthritis (KOA). A total of 53 male patients participated in this study, with a mean (SD) age of 54.6 (8.49) years. Patients were randomly assigned into three groups and treated with HILT and exercise (HILT + EX), LLLT and exercise (LLLT + EX), and placebo laser plus exercise (PL + EX) in groups 1, 2, and 3, respectively. The outcomes measured were pain level measured by visual analog scale (VAS) and knee function measured by Western Ontario and McMaster Universities Osteoarthritis Index (WOMAC). Statistical analyses were performed to compare the differences between baseline and posttreatment measurements. The level of statistical significance was set as P < 0.05. The result showed that HILT and LLLT combined with exercise were effective treatment modalities in decreasing the VAS and WOMAC scores after 6 weeks of treatment. HILT combined with exercises was more effective than LLLT combined with exercises, and both treatment modalities were better than exercises alone in the treatment of patients with KOA.