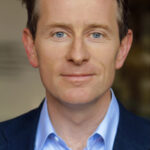 Carroll, a Fellow of the Royal Society of Medicine, is considered the world’s leading proponent of using Red Light Therapy, also known as Photobiomodulation (PBM). He has written or co-authored twenty-four academic papers and co-authored four books on the subject.

Carroll is working with 36 medical institutions, including Harvard Medical School, St. Jude Children’s Hospital, Veterans’ Hospitals, and the UK National Health Service (NHS), on using PBM for treating a range of conditions such as traumatic brain injury, the side effects of cancer treatments, managing acute and chronic pain, and reducing opioid use.

“My lifelong goal is having PBM accepted as a first-line medical treatment. I look forward to continuing this quest with all of you as we make PBM a global standard of care.” stated Carroll upon accepting the award.

PBM devices are cleared by the Food & Drug Administration. PBM’s success as a breakthrough medical technology is documented in 700 Clinical Trials and over 100 million patient treatments.

Maiman (inventor of the laser) Award goes to THOR CEO

This entry was posted in Conference, Industry, James in Action, Special Feature. Bookmark the permalink.